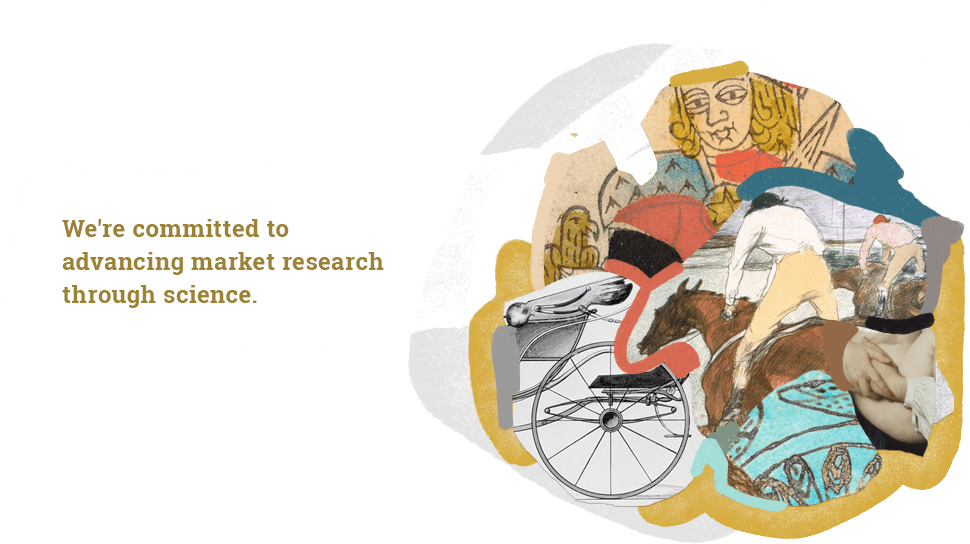 Confronted by change, technological advancement, competition and the unpredictability of a market economy, today's marketers have been compelled to seek a deeper understanding of the connection between brands and consumers.

Olson Zaltman is pioneer in the use of mind science to unlock the hidden power of the unconscious, helping marketers understand consumer beliefs, behaviours and decision-making.

Our patented (US patent No. 5436830) approaches developed by Dr. Gerald Zaltman at the Harvard Business School, illuminate the deep orientations that form the bedrock of consumers' thoughts and feelings.

Each of our industry-leading tools is built around deep meaning, so our clients can lift the largest possible lever in their marketing efforts.

Our tools elicit both conscious and especially unconscious thoughts by exploring people's non-literal or metaphoric expressions. 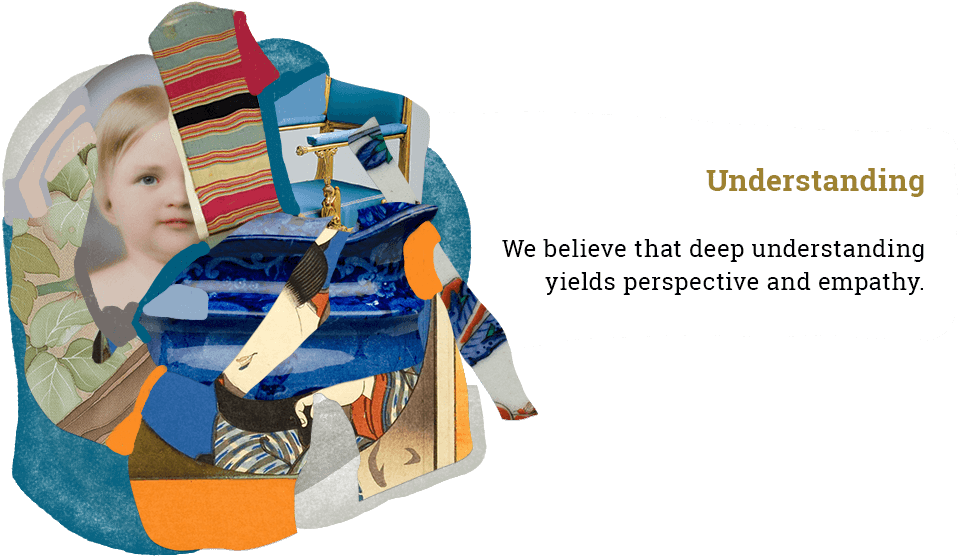 Our global academic roots and marketing acumen are reflected in the rigor with which FutureBright International develops projects in the region.

Our approaches are customized around each client's unique goals.

We believe that deep understanding yields perspective and empathy.

The best way to gain this understanding is by exploring the unconscious mind.

This understanding integrates knowledge and connects people to create a story.

This story empowers you to unlock valuable consumer insights and make effective decisions. 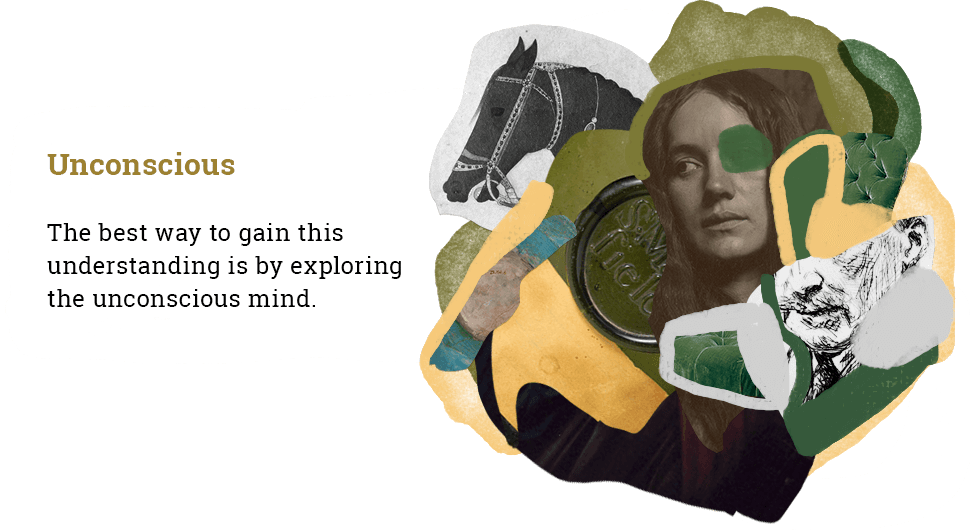 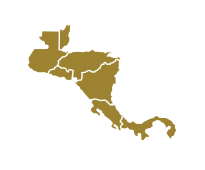 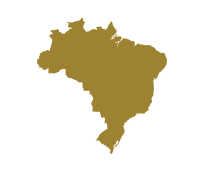 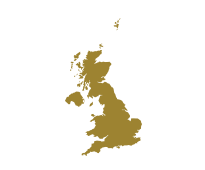 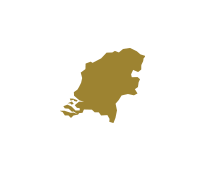 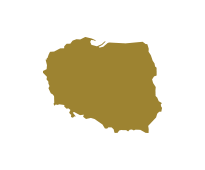 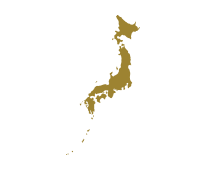 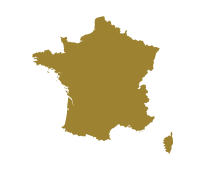 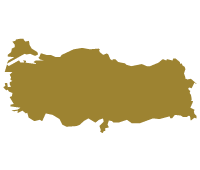 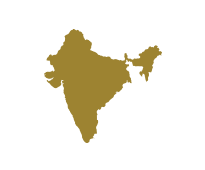 All FutureBright International evangelists are worldwide certified by Olson Zaltman.

The certification is awarded after extensive training undertaken by Zaltman associates. 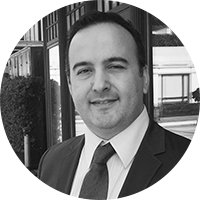 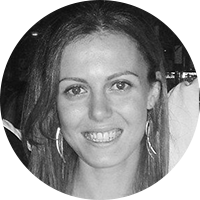 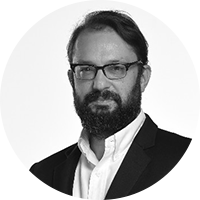 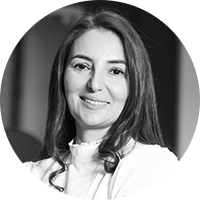 Graduated as a Management Engineer from Istanbul Technical University and started working in the finance industry.

Subsequently, he held the office of Quantitative Research Manager at Millward Brown.

In 2006, he took the position of Turkish Market Research Manager at Imperial Tobacco. He created new tools such as regular consumption habits and product and concept tests in order to support the decision making process of the company. He became known as a trustworthy business partner of the Global Research team and rendered Turkey to be a hub for new product testing and the pilot country for retail marketing research. He organized a consumer ''co-creation workshop'', a first in the history of Imperial Tobacco, and the end product sold half a billion sticks in the year that it was launched, making Turkey the fifth West market globally.

Following these achievements, he was chosen to be one of the global potential leaders of Imperial Tobacco. He was admitted to a 1-year leadership development program and consecutively was appointed to the position of Global Brand Manager for innovation and planning for the West brand and worked in England for 2 years. In this position, he worked on the new corporate identity and the growth strategy of the brand, developing the innovation strategy in direct support of the growth strategy.

He created the West Mint Leaf cigarettes which contained real mint leaves for the first time ever in the world.

He expanded the brand portfolio by working on innovative filters and package mechanisms.

He then moved to Germany and worked as the Consumer Marketing Manager of the Eastern Europe region and the Growth Division markets respectively.

He took part in portfolio optimization and migration projects for various brands within the context of the growth strategy of global brands.

Erhan is married with daughters Ayda (7) and Erin (2).

He is very fond of retro design.

He is scared of horses but loves cruiser bikes and scrambler motorcycles.

He is not a bad piano player but it is certain that he is an untalented guitar player.

He has an indulgence in profiteroles.

His motto is "simple is beautiful".

With over thirty years of experience as a researcher in academia, as an executive in finance, services and industrial production, and as an opinion pundit who is widely quoted and consulted and whose strategic analysis, forecasts and insights has been mediatized by international media including, Independent Turkey, CNN International, The Associated Press, CNBC, Deutsche Welle, The New York Times, Financial Times, The Wall Street Journal, Asahi Shimbun, Nikkei, Reuters, AP, BBC, The Economist, Der Spiegel, Paris Match, and PBS, Prof. Han has been, and still, serving as a Project Manager, General Manager, CEO, Member of Board, General Counsel, Executive Advisor and Advisor to the board for Turkish mega businesses and multinationals. In this capacity he has been focused on managing and facilitating effective strategic thinking processes. He has been advising to a large portfolio of multinationals such as the Bosch Group, BurganBank Turkey, Platin Group, BNP, Citibank and others on strategic thinking, assessment and modelling. His areas of expertise include assessing and structuring strategic insights, crisis management, reputation management, mediatization of strategic communications, social research, polling and data analysis, and risk management, and financial and political risk management. In these capacities he has led processes for identifying key challenges and opportunities, and formulating innovative approaches and strategies. Apart from his role as a strategy consultant for FutureBright Group, Prof. Han is currently a faculty member at the School of Economics, Social and Administrative Sciences, Department of International Relations at İstanbul’s Altinbas University where he also serves as the advisor to the Rector on marketing and strategic processes. He has studied in İstanbul, Boğaziçi, Koç, and Harvard Universities and earned BA, MA, Ph.D. and post-doctoral level degrees on economics, international relations, strategy, and negotiations and has lectured as a visiting scholar in international academic institutions, including St. Andrews University and US Marine Core College, where his philosophy on strategic thinking has been shared, evaluated and discussed. He also worked with an array of global think-tanks such as German Marshall Fund of the United States (US), Konrad Adenauer Stiftung (Germany) and l’Istituto per gli Studi di Politica (Italy) and EDAM (Turkey) and a diverse portfolio of global governmental and international institutions, including NATO. He has been a member of multinational second track diplomacy groups working on international commercial and political crisis and issues, as a leader in negotiations. Prof. Han has served as the International Relations Advisor for Turkish Exporters Assembly, the umbrella organization of Turkey’s exporting industries from 2003 to 2006, where he was responsible for structuring negotiations strategies with international stakeholders as well as on building specific companies and Turkey’s brand image. He has also worked as an M&A advisor and chief counsel and negotiator in international projects. He has been awarded a Young Leaders of Europe Scholarship from the US Department of State (2003), and has been a NATO/ TOLA observer in Afghanistan twice in 2005 and 2010. Prof. Han has testified before the NATO Parliamentary Assembly in Dubrovnik in 2013. He has been a keynote speaker in more than three hundred domestic and international training programs, conferences, seminars and meetings on strategic assessment and analysis of global commercial and political issues. Believing in a wholistic and integrated approach to strategy, throughout his career Prof. Han has dealt with strategic issues of differing nature and complexity. Building on his vast expertise in public and private sectors, as well as his knowledge both as an executive and academician, he is dedicated to an interdisciplinary approach to strategic situations. Based on his training that encompasses economy on the one end and psychology on the other, Prof. Han is committed to sharing his experience and knowledge with the prospective clients of FutureBright Dubai.

Graduated from the Middle East Technical University (METU) with a degree in Food Engineering in 2001, and subsequently began her career in the FMCG sector.

Started working in Reckitt Benckiser in a sales role, just as the country headed into a major economic crisis and recession; this experience gave her deep insights around the sales value chain as well as how to maneuver in turbulent times, experiences which she leveraged later in her various marketing-related roles.

She was then promoted into a new role, as Turkey & Eastern Europe Brand Manager for Calgon, a role which she held between 2003 and 2006. In this role, she actively managed all marketing tactics around Calgon, and drove the launch of multiple cross-country advertising campaigns that further solidified the brand’s dominance in the region.

In 2006, she took on a new challenge, as Marketing Manager at the world’s second biggest spirits company, Pernod Ricard. In this role, she drove Chivas Regal from it’s relaunch in the Turkey market in 2006 into the market leader position within three years; she also stabilized the decreasing market share and popularity of Absolut, and grew the tequila market with Olmeca. She became known in the industry for her creative and unique implementations of outdoor brandings and events, including Absolut Moon in Aya Yorgi Bay and Absolut Nisantasi New Year.

In 2011, she took the Marketing Manager position at Kimberly Clark, where she oversaw the Huggies Diapers brand, focusing on the design of the product portfolio and communications strategy – in her time in this role the brand turned a profit for the first time in its history in the Turkey market.

In 2013, she began working in a freelance role with Future Bright primarily on qualitative market research & insights initiatives, and since, has worked on more than 100 projects with the company.

Born in Sheki, a beautiful city in Azerbaijan, in 1976.

Graduated from faculty of Applied Mathematics and Cybernetics in Baku State University in 1997, afterwards took the first step of her career as a head of non-government organisation "Safe the street children".

After two years of experience here, Konul joined to Azersun Holding's team, the greatest food & industry company in Azerbaijan and took an action in marketing & category department with great dedication and between 2006 - 2013 she grows from Product manager to Deputy of Chairman Trade&Marketing.

In 2013 Azersun Holding reorganized new discount market for Azerbaijan, Konul with her market experience lead the Sales & Kategory Manager in Al Market. She was manage new opportunities in a retail market in Azerbaijan, open new branches for discount markets, analyze the category portfolio, analyze competitors and prepare the pricing strategies.

After one year she promout to Head of Edible Oil Division, Azersun Holding and started managing the oil factory with 270.000 tons product capacity. First of all Led on the implementation process of SAP system by preparing production costs for each unit.

She Managed Marketing and Planing Teams, control weekly production plans, manage stock costs, prepare development, innovation, export, sales and marketing, and pricing strategy, coordinate with R&D, Purchasing, Sales and other teams. She was responsible market share in Azerbaijan and other countries in which exporting brands operate.

Years dedicated to management make her acquire considerable skills such as analysing relationship between customer and consumer, develop a strategy for any issue, productive team work and leadership, and also high level of communication.

The education she got from "Adler International Learning" made this communication skill reach to the professional level. In other words, her coaching career that continues since 2019 support her abilities and let her understand human relations better.

If there is needed to give some examples to Konul's hobbies, we should put to the first place reading more than one book at the same time.

Also Konul states that she loves to work with young adults, because she has a lot to learn from them.

Her daughter (Esmer 19) and son (Jahandar 17) lives in Istanbul and educated at Univesity.

Our academic tradition survives in the form of articles and books.

UNLOCKED: Keys to Improve Your Thinking